Due to cyber attack, phones are inoperable. Contact staff via NC State email shown on the "Meet our Staff" page. The office is closed.

Andrea is an aquatic ecologist who works for the North Carolina Wildlife Resources Commission. She develops technical guidance to minimize impacts to rare and important species and their habitats. Andrea specializes in watershed planning, stream and wetland restoration, and conservation partnership work. She has lived and worked in western North Carolina for more than 20 years. She is passionate about conserving the Southern Appalachian landscape and fostering a sustainable relationship between people and the natural environment.

Rachel Hoch – It’s Time to Suck It Up: Freshwater Mussel Conservation in NC

Rachael Hoch is a North Carolina native who spent her early life sloshing through creeks, wading in ponds, catching crayfish, fish, and amphibians. She earned both her BS and MS in Biology from ASU, where she worked on renewable energy projects. She joined the NC Wildlife Resources Commission as a conservation technician while completing her thesis on the effects of dams on freshwater mussels. She now serves as the Conservation Aquaculture Coordinator, managing the propagation of rare aquatic species and implementing imperiled species conservation efforts.

Victor Holland – The Use of Benthic Macroinvertebrates in Water Quality Assessments, a Backyard Naturalist Perspective

Victor Holland, a North Carolina native, grew up spending much of his free time in Piedmont forests and streams. He earned a BS in Biology at UNC Charlotte and an MS in Biology, with a focus in Aquatic Entomology, through UNCG. Victor worked as a wetlands consultant before being hired by NCDWR’s Biological Assessment Branch (BAB) as a taxonomist. In addition to sampling benthic macroinvertebrates and managing BAB databases, he also rears mayfly, stonefly, and caddisfly species to enhance the accuracy of bioassessments.

Dylan Owensby – An Overview of the Aquatic Wildlife Diversity Program

Dylan grew up in western North Carolina where he spent his childhood developing a passion for the aquatic environment by spending lots of time in the headwaters of the Catawba River. After earning a BS degree in Environmental Sciences from the University of North Carolina, he took an internship with Yellowstone National Park where he became interested in freshwater fisheries. Dylan eventually enrolled in NC State University to earn a MS degree in Zoology and has been in his current role working as the western region Aquatic Wildlife Diversity Biologist since 2018. 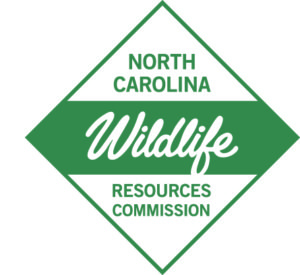